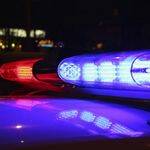 Disorderly conduct involving a female blowing the horn of a vehicle for more than an hour, 1300 block of South County Road 1060E, Seymour, 12:39 a.m. Wednesday.

Suspicious activity involving a male and a female lying in the road, 100 block of Indianapolis Avenue, 9:15 p.m. Tuesday.

Disorderly conduct involving a person throwing a laptop on the ground and refusing to leave, 500 block of East Fourth Street, 9 p.m. Tuesday.

Tree across the road, Poplar and Third streets, 1:49 p.m. Tuesday.