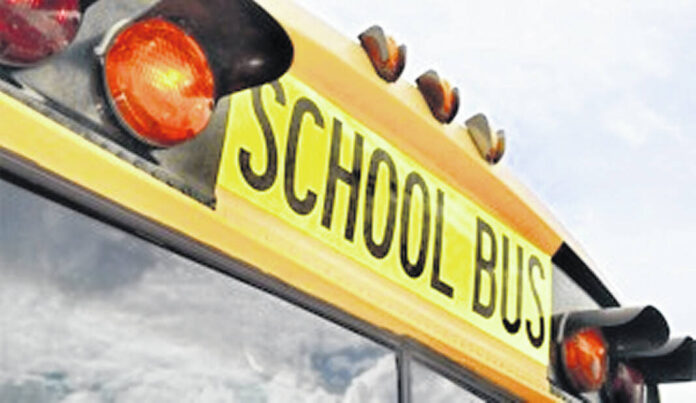 As students head back to the classroom, state and local law enforcement agencies are reminding motorists to stop for school buses or face the consequences.

Over the next couple of months, officers will be increasing patrols to prevent stop arm violations, speeding and other forms of reckless driving around school buses and in school zones.

More than 200 agencies, including the Seymour Police Department, plan to participate in the back-to-school Stop Arm Violation Enforcement campaign — better known as SAVE. The overtime patrols are funded by the National Highway Traffic Safety Administration through grants administered by the Indiana Criminal Justice Institute.

“Our two biggest concerns this time of year are drivers not paying attention to the road and speeding,” SPD Sgt. Michael Cooper said. “Most of the stop arm violations we encounter stem from those actions, and drivers need to be held accountable. Help us keep kids safe by slowing down, putting away the distractions and stopping for buses.”

“We owe it to our kids to make sure they get home safely,” he said. “Every driver needs to do their part by paying attention, slowing down and protecting school children and buses.”

Despite thousands of motorists being cited under the SAVE program, unsafe driving around school buses continues to be a concern, according to state officials.

In April, thousands of bus drivers who participated in a one-day observational survey counted 2,041 stop arm violations in Indiana. That one-day total, when multiplied by the number of school days, adds up to a potential 367,380 violations throughout the school year.

“The fact that we still have people willing to put students and bus drivers at risk is the reason this campaign is necessary,” said Devon McDonald, ICJI executive director. “Still, law enforcement can’t be everywhere, so drivers need to do the right thing and exercise caution around buses. Students’ lives depend on it.”

The newly released data come from the National School Bus Illegal Passing Driver Survey, which is managed by the Indiana Department of Education in the state. The survey has been conducted annually since 2011 but was put on hold for the past two years due to the COVID-19 pandemic.

“In order for Indiana’s students to learn, they must be able to travel safely to and from school,” said Katie Jenner, Indiana secretary of education. “That task is faithfully led by school transportation professionals across the state, but they can’t lead this important work alone. Any time you see a school bus, please slow down, pause for all stop arms and be mindful that there may be young children near the road. They are our state’s most precious cargo.”

To prevent unsafe driving, officers will use a range of enforcement strategies, from high-visibility patrols to police spotters on buses. For each jurisdiction, officers will coordinate with local bus drivers and school transportation officials with efforts concentrating in the morning and afternoon hours. Agencies also will be working to raise awareness about the importance of school bus safety and following the law.

Drivers should slow down and prepare to stop when the overhead lights on a school bus are flashing yellow. Once the lights turn red and the stop arm extends, drivers are required to stop on all roads with one exception. On highways divided by a physical barrier, such as a concrete wall or a grassy median, only vehicles traveling in the same direction as the school bus are required to stop.

Motorists also should be mindful of posted speed limits, avoid distractions and watch for children in or near school and residential areas. Planning ahead and allowing for extra time during each commute will help keep all road users safe.

Disregarding a school bus stop arm is a Class A infraction. Violators could pay a fine of up to $10,000, have their license suspended for up to 90 days for the first offense or up to one year for the second.