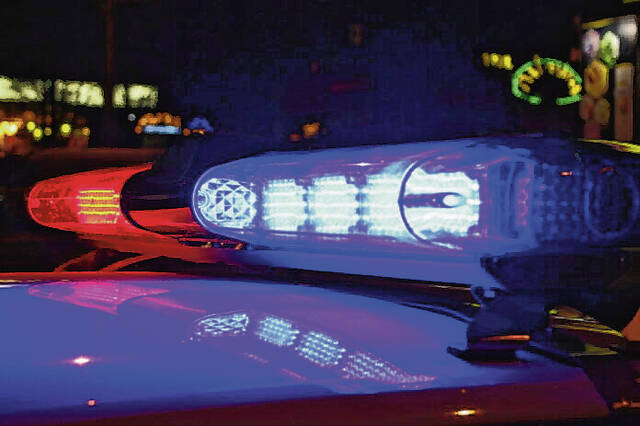 Two people were arrested Friday morning on numerous charges after fleeing a traffic stop conducted by an Indiana State Police trooper on Interstate 65 in Jackson County.

At 2 a.m. Friday, Trooper Taylor Ranshaw stopped a 2017 Jaguar on I-65 just south of Seymour for a traffic violation, according to a news release from Sgt. Stephen Wheeles, public information officer for the Versailles Post.

During the traffic stop, Ranshaw observed indicators of criminal behavior in the vehicle, Wheeles said.

The driver, Conn, requested an ambulance for the passenger, Rodgers. Ranshaw requested that ambulance, and officers from the Seymour Police Department responded to assist.

While waiting for the officers to arrive, Conn fled from the scene in the vehicle with Rodgers. Conn fled at a high rate of speed southbound on I-65, eventually entering Scott County, Wheeles said.

Traveling south of Scottsburg, the vehicle eventually struck a tire deflation device placed on the roadway before crashing near the 27 mile marker.

Conn and Rodgers were taken into custody at the scene and eventually booked into the Jackson County Jail in Brownstown.

Troopers from the Versailles Post also were assisted by troopers with the Sellersburg Post, Scott County Sheriff’s Department and other law enforcement agencies in Jackson and Scott counties.

In Indiana, a Level 6 felony means six months to two and a half years in prison with an advisory sentence of one year if convicted.