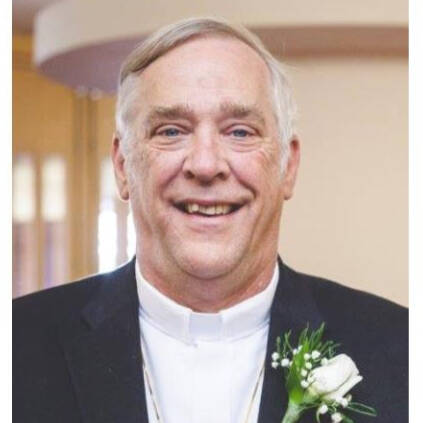 Reverend Jack Arnold Belk, of Brownstown, passed away peacefully on the early evening of October 16, 2021, surrounded by his loving family at IU Health of Bloomington. He was 72 years old.

Jack entered this life on October 10, 1949, in Detroit Michigan. He was the third born to his loving parents, Bernard and Jean (Mundt) Belk. He became a child of God through Holy Baptism on November 24, 1949, and confirmed his faith in 1963. Jack grew up in the Detroit area. He graduated from Bentley High School in Detroit before attending Capital University in Columbus, Ohio. He graduated with a degree in political science. Jack was called to serve as a Lutheran Pastor and decided to attend Concordia Theological Seminary of Springfield, Illinois, and was ordained on June 29, 1975.

In 1978 Pastor Jack was called to serve Prince of Peace Lutheran Church, Ft. Dodge, Iowa. While there, Jack and Elaine were blessed with three children, Philip, Lindsay, and David.

The family moved to Brownstown, Indiana in 1984 when Pastor Belk accepted a call to serve St. Peter’s Lutheran Church until 2009. He concluded his ministry at Good Shepherd Lutheran in Medora from 2009-2021.

Throughout his 46 years of ministry, Pastor Belk served the community, Iowa and Indiana Districts, and the Lutheran Church Missouri Synod on various boards and committees.

Jack was an avid deer hunter and was well versed in all sports. He excelled at Golf, scoring a few hole-in-ones, Soccer, in which he was Captain of his college soccer team, Ice Hockey, and Bowling, where he had won several 300 games. This love of sports is a trait he passed on to his kids and grandkids. He was a coach for the Brownstown Middle School and High School Girls Golf Team.

Surviving to share stories and “Jack” jokes are his family, wife of 44 years, Elaine Belk of Brownstown, children, Philip Belk and his wife Jan of Indianapolis, Lindsay Johnson and her husband Matthew of Columbus, and David Belk and his wife Mia of Phoenix, AZ, four grandchildren Kellen and Delaney Belk, Drew and Jack Johnson, sisters: Kay Belk of Phoenix, Jane Hess and her husband Jim of Tucson, AZ, a brother Tom Belk of Pinetop, AZ, a sister-in-law Julie Belk of Tucson, and a brother-in-law Dwayne Schwarz and his wife Susan of Pinckneyville, Illinois, along with multiple nieces and nephews.

He was preceded in death by his parents, and brother Reverend Kit Belk.

Funeral Service will be conducted at Immanuel Lutheran Church in Seymour on Saturday, October 23, 2021, at 11:00 am lead by Reverend Ralph Blomenberg, Reverend Philip Bloch, Reverend Jimmy Rodriguez, Vicar Nick Wagenknecht and with the assistance of the area Pastors.

Burial will be at Lost Prairie Cemetery in Pinckneyville, Illinois on Sunday, October 24, 2021, at 1:00 pm central standard time.