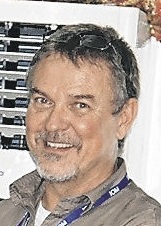 (This is the third of three columns by Jackson County native Craig Davis.)

Watching the chaos unfolding at the Kabul airport on the news during the last days of the evacuation of American in late August 2021 stirred up emotions and memories that I had tucked away for more than a decade.

My third trip to Afghanistan took place in the spring of 2010, shortly after a two-year assignment across the border in Pakistan came to an abrupt end, following a complex series of events—including the assassination attempt on one American colleague; the murder of a second American friend by presumed Taliban assailants; and more than 135 threats against me by the Pakistani Taliban (or people posing as the Taliban) that surfaced in Urdu, Pashtu, and English media.

We were attempting to build peace in the turbulent tribal areas, but many Pakistanis didn’t want peace. In fact, some challenges we faced were the frequent Afghan Taliban attacks and politico-religious influence inside Pakistan.

Two months before returning to Kabul, I published an article titled “Reintegrating the Taliban” in World Politics Review. The piece not only discussed elements critical to the reintegration of Taliban into Afghan society that could pave the way for a successful departure of US troops, but also highlighted the diversity among the extremists.

When I landed at the Kabul airport in April of 2010, Afghan security guards drove me in an armored vehicle to the guesthouse where I would spend the next few months. Driving through the capital, I was struck by the transformation from the sleepy backwater nation under the Taliban that I had visited a decade earlier. Whereas before one could wait on the street corner for minutes at a time before a vehicle would pass, now countless modern vehicles choked the streets.

I settled into my room at the guesthouse, jetlagged and exhausted, but only slept two hours. I awoke to the joyful screams of playing children — the universal language of innocent happiness — that emerged from a school right out my window. But I could never see them beyond a perimeter wall. Although, I was here to provide short-term technical support on an education project, but for security reasons, I never traveled to a school or saw a single student in a classroom.

A few days into my assignment, an armored vehicle delivered a few of us to a tiny supermarket, where shelves were stocked with western breakfast cereals, soft drinks and other groceries. A decade earlier, imported goods were hard to come by. I remembered that in 2010 I had walked the entire city of Gardez trying, and failing, to find a single chocolate bar or package of cookies.

Millions of Afghan refugees returned home after the US military arrived to Afghanistan in 2001. Refugee camps in Pakistan closed permanently. The Afghans I spoke to in the spring of 2010 applauded the improved economy, increased salaries and expanded opportunities and freedoms, but lamented the insecurity. Most of all their feared the future when the American forces would depart.

It was no longer safe for Americans to walk on the street. Restaurants and bars catering to foreigners had special security measures as well, such as armed guards, metal detectors and scanners, and blast walls. Luxury hotels had already suffered coordinated attacks, including the Taliban assault on the 5-star Kabul Serena Hotel that claimed the lives of six people in 2008.

Establishing and safeguarding women’s rights was a work in progress in the conservative Muslim country. But girls attending school all over the country was now the rule, not the exception. Women had access to health care, worked, and held positions of authority in businesses and government offices. Nowhere was this more evident than in international development offices. Half our workers were women. They were professionals of all type: Accountants, communications experts, and supervisors. Yet even many Taliban opponents in the more progressive circles of Kabul did not want “their women” working alongside men. And certainly not alongside Americans.

One woman in her 20s told me that her family did not know where she worked. For her own safety, her driver dropped her off and picked her up a few blocks away from our office to conceal its exact location. Working with Americans was a dangerous undertaking.

As if to remind us how dangerous, one day we received news that the driver we had contracted to deliver IT equipment to a school in Gardez had been beheaded. The Taliban wanted to send a message to all who would “collaborate” with the Americans.

One evening I visited an American colleague living inside the .S. Embassy compound. We had worked together in Iraq. Like most internationals working there, she was intelligent and dedicated. She admitted that the constant ramp ceremonies for fallen American soldier were taking their toll on her.

On another occasion, I visited my former boss in Iraq. He also was American, intelligent, down-to-earth and committed. Throughout the evening, we discussed the complexities of the peacebuilding effort, the insurgency and counter-insurgency unfolding outside, and the future of Afghanistan, South Asia, and the Middle East. There were no easy solutions. Despite the significant achievements, the long-term vision for Afghanistan was anything but optimistic.

He told me that for most foreigners like him, they were here to do a job. When it was over, they would go home. But for me, it was different. He said, “You have a special relationship with the people” and with these Muslim countries that he and most other foreigners would never understand.

Perhaps that is why the Taliban’s return to power is so difficult to watch.