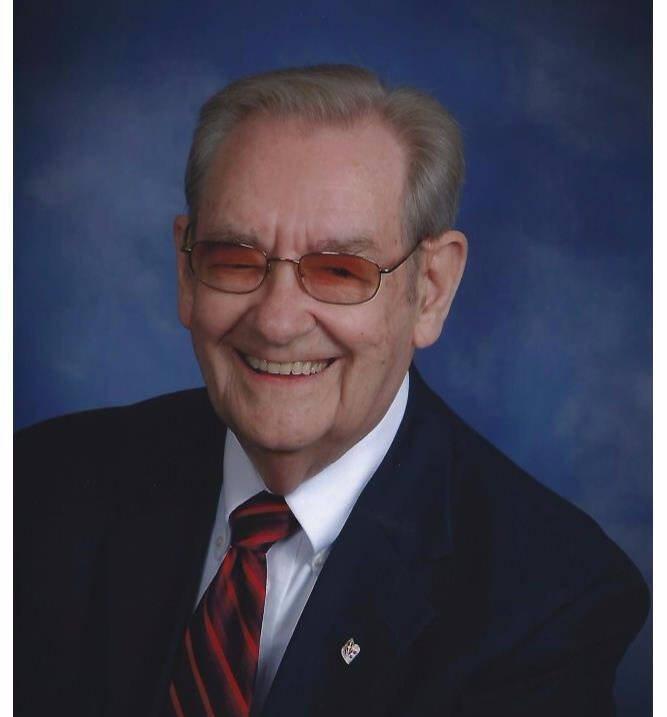 Rev. Darrel W. Geitz, (92), of Seymour, Indiana passed away on January 19, 2023, at Seymour Place, his assisted living home for the past four years.

Darrel, often called Pastor by his congregation members, was born to Phillip and Mary Geitz on October 31, 1930, on a farm in Latimer, Iowa.

Darrel graduated from Concordia Seminary in St. Louis, Missouri and was ordained into the ministry as Missionary at Large in Latimer, Iowa in 1956. Churches he has served are: Grace, Emmaus and Cheshire Lutheran churches in Connecticut; Our Savior and Messiah churches in Evansville, Indiana and Zion Lutheran church in Seymour, Indiana; Divine Savior in Shepherdsville, Kentucky and finally as Chaplain at The Lutheran Community Home, Seymour.

Aside from his love of the ministry, he loved fishing and reading.

Preceded in death were his parents, Phillip and Mary Geitz; his wife of 56 years, Anita Geitz; grandchild, Jonathon Geitz; and son-in-law, Steve Steward.

The Rev. Jeffrey Stuckwisch will conduct funeral services at 10 am. Tuesday at Zion Lutheran Church. Burial will follow at Lutheran Cemetery. Visitation will be from 4 pm to 7 pm Monday at Burkholder Chapel of Thorne-George Family Funeral Homes, 419 N. Chestnut Street, Seymour; and from 9 am until time of service Tuesday at the church.

Memorial donations may be made to Zion Lutheran Church or the Alzheimer’s Association through Burkholder Funeral Chapel, 419 N. Chestnut St., Seymour, IN 47274.

Friends and family may light a virtual candle for Darrel at www.burkholderfuneralchapel.com.