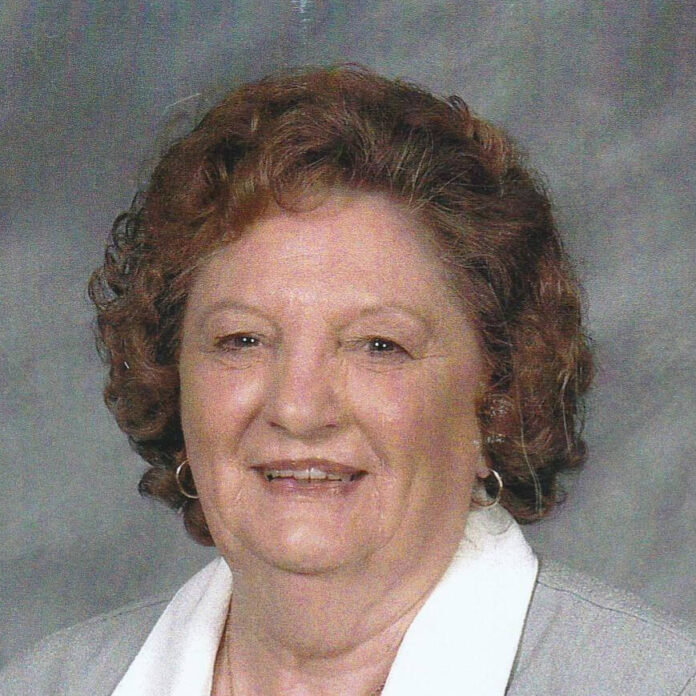 Della Jean Hall, age 87, went to her Heavenly home on September 16, 2022, at the Seymour Place Assisted Living Center. She was a Christian who loved the Lord and prayed for her family. She was a member of the Brownstown Christian Church and retired from Jay C Food Store in 2000. She was born on November 19, 1934, to Matthew and Mildred Spurgeon Fields in Freetown.

After meeting PFC Ferrell J. Hall one weekend in Freetown, they were married the following weekend. As a 20-year Army wife, she lived on several military bases including those in Giessen, Germany, and Bangkok, Thailand. Her life was forever changed when Ferrell died of a terminal illness on October 21, 1997 after 45 years of marriage. She loved their home near the Jackson County Fairgrounds in Brownstown, Indiana. She enjoyed being out in the yard, sitting on the front porch swing, and watching the traffic go by. She also enjoyed playing Euchre, gardening, and camping.

The family will receive friends from 5:00 p.m. to 7:00 p.m., Tuesday, September 20, 2022, at Winklepleck &Brock Funeral Home. Funeral services will be conducted by Associate Minister Doug Pogue of Brownstown Christian Church on Wednesday, September 21st, at 11:00 a.m. at the funeral home. A committal service will follow at Freetown Cemetery. In lieu of flowers, the family requests that memorials to be made to the Alzheimer’s Association or Cancer Center.