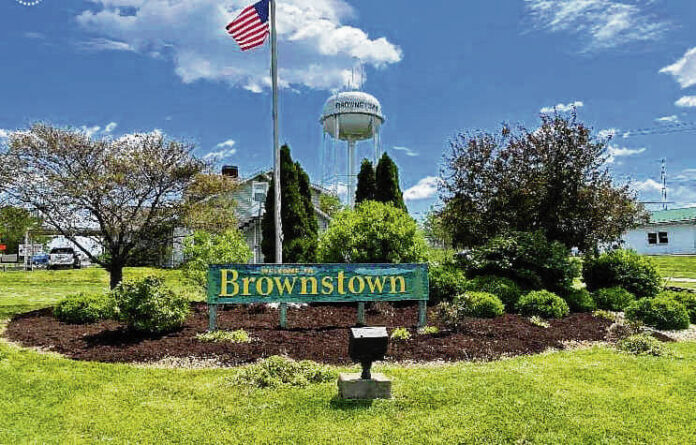 BROWNSTOWN — A contractor has been selected for a multi-million dollar project to rehabilitate or replace various parts of Brownstown’s aging wastewater treatment system.

To help pay for the work, users of that system are likely going to see a 49.7% increase in sewer rates.

The town plans to fund the work through the Indiana Finance Authority’s State Revolving Fund loan program and a $700,000 grant from the state’s Wastewater/Drinking Water Program awarded earlier this year.

Mitchell & Stark Construction Co. Inc. of Medora beat out Inliner Solutions LLC of Orleans for the project with a total bid of $6.675 million. The engineer’s estimate for the project was $7.2 million.

A contract with Mitchell & Stark was approved by a 4-0 vote during a town council meeting Monday night at the town hall.

An ordinance establishing sewer rates to help fund the work also was introduced during the meeting, and a public hearing concerning those rates has been set for the council’s next meeting at 6 p.m. Aug. 15.

The proposed sewer rates would see a customer who uses 3,000 gallons of water a month receiving a bill, based upon water usage, of $71.03. At this time, the same customer’s monthly bill is $47.44.

The project includes the replacement of two lift stations and improvements to the wastewater treatment plant and collection system.

The Vallonia Road lift station improvements will increase the peak capacity to handle anticipated future flows and replace aging and deteriorating equipment to extend the anticipated useful life of the station. The 37-year-old lift station on the southwest side of Brownstown serves 75% of the town and has reached capacity.

The Bob Thomas lift station improvements will convert the station from a dry-pit/wet-pit configuration to a submersible configuration to eliminate existing safety hazards during operation and maintenance. The 51-year-old station is off of U.S. 50 on the north end of town.

For both lift stations, the site layout will be adjusted to allow for improved accessibility for routine maintenance and operation, and electrical improvements will be made to ensure continued operation during power outages and system failures and allow for remote system monitoring.

Scott Hunsucker, superintendent of the town’s wastewater utility, has said in the past that those projects will help him and coworker Jeff Lubker in several ways.

“This project will help with the disposable wipe issue we experience (residents flushing them down the toilet), will allow the lift stations to automatically switch to emergency power (no more going out in the middle of a storm during power outages), along with replacing aging infrastructure and updating equipment that parts availability is an issue if parts are available at all and hopefully allow us to televise and clean more sewers,” Hunsucker said.

At the wastewater treatment plant, work will consist of replacing aging or undersized equipment to ensure continued compliance with the discharge permit and miscellaneous site improvements to extend the anticipated useful life of the plant.

Other parts of the project include the rehabilitation or replacement of clay pipe in the collection system that was installed between 1953 and the 1980s and 81 manholes and replacement of a 31-year-old vac truck.

Future plans are to work on the remaining pipe and manhole rehab/repairs, he said.

In a related matter, the council approved Hunsucker’s request to purchase two pumps with a price tag of $56,616. The pumps are to be used at the Vallonia lift stations because a temporary pump there is being used because the town cannot get parts for an existing pump.

The new pumps will be used a backup once the rehabilitation/replacement project is completed.

The council also approved a two-year deal with Rumpke Waste and Recycling. That contract will see the trash and recycling collection monthly bill increase from $13.86 a month to $16.50 in the first year and $17 in the second.

The trash and recycling collection bill is included in the monthly sewer bill. The increase was effective with the council’s acceptance of the contract.