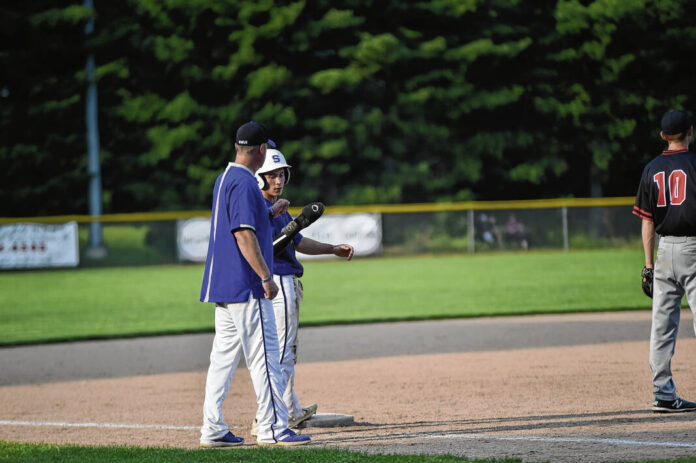 The Seymour boys golf team competed in the Hoosier Hills Conference match at Otis Park in Bedford on Saturday, and it was the home team that took the crown.

The Owls will be back in action today at Bloomington South.

Borden won the meet with a team score of 165, followed by Lanesville 205, Henryville 235 and South Central 240. Crothersville and New Washington both had two golfers each and don’t account for a team score.

Due to thunderstorms in the afternoon, the first nine holes were the only ones scored on Saturday.

Matthew Clouse and Andrew Stainbrook each shot a 68 for the Tigers.

The Tigers will close their regular season on Thursday against Austin and Clarksville at Scottsburg.

The Seymour baseball team went on the road and beat New Haven 9-1 on Friday night.

Bret Perry picked up the win on the mound, while Mikey Wright came in and pitched a clean seventh inning with two strikeouts.

The offensive leaders in the game for Seymour were Aiden Darlage, Perry, Skyler Cockerham and Wright.

The Owls followed that up on Saturday with 2-0 win over Richmond, and Seymour was leading 7-0 over Mount Vernon in the third inning before thunderstorms canceled the rest of the tournament.

The Owls were still awarded with the tournament trophy, though, for their performance.

Seymour is now 17-9 this season and will host Eastern (Pekin) today at 6 p.m. before playing Bedford North Lawrence in the first round of sectional on Saturday at Jennings County.

The Brownstown Central baseball team hosted Southwestern (Hanover) for a doubleheader on Saturday morning and could only muster one hit en route to a 5-0 loss in the first game.

Deven Cummings was the lone Brave to pick up a hit, while Chick Tiemeyer and Wyatt Steward both got on base via walks.

Ethan Davis and Trent Lowery both pitched for Brownstown and both had four strikeouts.

In the second game, Brownstown got five runs on the board but still couldn’t keep pace with the Rebels as they lost 12-5.

Garland and Ethan Fultz both pitched for Brownstown, combining for six strikeouts.

The Braves will host Austin today at 5 p.m. for a nonconference game before playing Silver Creek on Wednesday in sectional at Madison.

The Crothersville baseball team suffered an 18-1 loss on the road at Orleans on Saturday morning.

The Tigers scored one run in the top of the first inning when Devin Morgan scored a run. Ian Tatlock got the Tigers’ lone hit on the day, and Lucas Hilton got on base via a walk.

Hilton, Morgan, Dirk Crater and Tatlock all spent time on the mound. Morgan had four strikeouts, and Tatlock had one.

Crothersville will be back in action today at home against Southwestern (Hanover) before playing in sectional Friday.

The Trinity Lutheran baseball team scored a road victory on Friday night by beating Jac-Cen-Del 10-8. It is Trinity’s fifth win in a row.

Chase Bode picked up the win on the mound, allowing one earned run in five innings of relief.

Nathan Voelker had three hits, including two doubles. Peyton Pollert had a double and a home run, and Sage Broughton and Cole Brewer had two hits each.

Trinity will play at Shawe Memorial on Tuesday to close out the regular season before playing sectional on May 30.