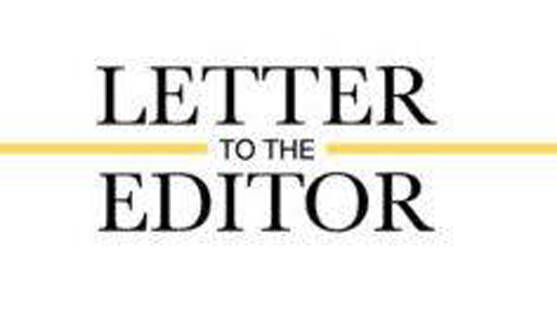 Letter to the editor:

I enjoy following programs from Nat Geo on television and my computer. I often notice that our globe is like a beautiful blue and green marble spinning in space. There are no fences or borders visible. Only when you zoom in for a closer look can you see the various lines imposed by humankind to mark and divide the land and sea. Over the vast territories of the globe wildlife move freely across the borders imposed by us. The animals move freely in great migrations over the landscape.

America along with the governments of Europe and Asia have formed mutual defense partnerships to defend against other countries infringing on their borders. Many of these lines of demarcation across the planet on land and sea are disputed by the adjoining governments. China and India argue over where their border is. The United States and Canada occasional disagree on zones of fishing rights in the north Atlantic. People constantly flee as refugees from one area to another to avoid violence and poverty.

Every government believes their interpretation of human imposed borders are their sovereign right to secure regardless of the opinion of neighbor governments. So, who is right? Untold number of wars have been fought over where a line should be. From earliest time, the leader of one society or another have endeavored to improve their situation by taking land and assets from their neighbors. Others just conquered for the sake of expanding their land and personal wealth. For these reasons, borders have been consistently changing throughout history.

Considering current events, on our evening news along with the history of ever moving borders I see several conflicting remarks by China and others. Russia’s clams to a historic right to annex eastern Ukraine, China voices their right to govern and control the island of Taiwan. There are challenges like this across the entire globe. Now China is proposing a international “global security initiative.” There are treaties, protocols and guidelines for every aspect of international relations and war. The war in Ukraine shows us these are only of value if all sides have the moral integrity to honor them. Only when all sides return to their previous accepted borders and agree to a neutral party to satisfy conflicting opinions of international borders, then with that everyone must have the morals to honor the agreement in a hope for peace.