A senior judge dismissed the case against one of two former Seymour police officers accused of ghost employment, official misconduct and theft in 2020 on Wednesday in Jackson Circuit Court.

The dismissal of the case against Carl Lamb by Senior Judge Chris D. Monroe apparently occurred as a result of Criminal Rule 4, according to a news release from Jackson County Prosecutor Jeffrey Chalfant. 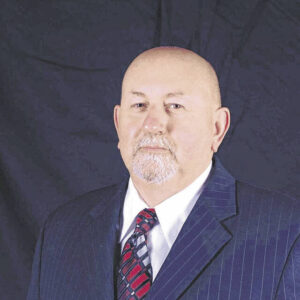 That rule requires that a criminal case being brought to trial within a year of a person’s arrest, he said. Chalfant recused himself from both cases because of a conflict of interest.

Lamb, who was a captain at the time, and then Seymour Police Chief Bill Abbott were both arrested on the three Level 6 felony charges on Feb. 12, 2020.

The two had been placed on paid administrative leave in October 2019 when an investigation was initiated by the Indiana State Police after that agency received an anonymous tip about potential wrongdoing within the department.

Chalfant said Friday morning that the obligation to bring a case to trial is on the prosecutor.

That’s when Monroe took over the cases.

“Once a special prosecutor is appointed, I have an absolute conflict, and I cannot become involved in any way in a case,” Chalfant said, adding that no one in his office could handle the case, either.

He said Steiner later withdrew from the cases, leading Monroe to appoint Sonia Leerkamp of Ninevah as special prosecutor in July 2020. Lamb was represented by North Vernon attorney Mark Dove.

Chalfant said the dismissal of cases for Criminal Rule 4 is rare.

The one-year time period to bring a case to trial also may be extended for various reasons. For example, the Indiana Supreme Court ordered extensions in all criminal matters for 210 days due to the COVID-19 pandemic, Chalfant said.

The case against Abbott remains active, although no hearings or the trial is scheduled at this time.

Abbott’s attorney, Brad Johnson, filed a motion Oct. 5 to discharge the case. On Nov. 11, Monroe ruled that the court had been advised the parties were entering into a deferred prosecution agreement, and that therefore meant there was no need for him to act on the motion to discharge.