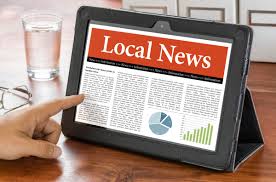 A Jackson County resident has been chosen to lead the board of trustees of Ivy Tech Community College-Columbus.

Richard Beckort of Seymour has served on that board for nine years and will hold his new leadership role until 2018.

He’s been an agriculture and natural resources educator for Jackson County Purdue Extension Office in Brownstown for the past 26 years. He has degrees in horticulture and agriculture from Western Kentucky University.

He said his background serves him well on the board, as he represents the agriculture sector. Other areas represented include education, medical, industry and legal.

Both his full time-job as extension educator and his position on the board are about providing educational opportunities to the people of Jackson County and surrounding communities, he said.

Beckort said Ivy Tech’s agriculture degree program is fairly new and was developed to fill a need in southern Indiana for technical and vocational classes.

“Agriculture is important to this area; and when we look at our workforce, there is a great need for advanced training in some of these areas,” he said. “With just a high school diploma, students might not have the skills needed in the workforce today.”

Ivy Tech provides that training in agriculture to help students obtain jobs in the agribusiness industry, he added. Other popular programs include advanced manufacturing and nursing.

Beckort was first appointed to the board of trustees to replace Jackson County representative Mike Hall, who retired because of health reasons and has since passed away.

The board makes financial decisions regarding the school’s budget and approves new programs, certificates and degrees.

It works just like a local school board with trustees relying heavily on Ivy Tech’s administrative team to provide them with information, Beckort said.

He has served as vice chairman the past three years. As chairman, he will conduct meetings and work with campus officials to see what issues need to be addressed.

Ivy Tech is the state’s largest public postsecondary institution and the nation’s largest singly accredited statewide community college system, serving nearly 200,000 students each year. It also serves as the state’s engine of workforce development, offering degree programs and training aligned with the needs of its communities.

Beckort said the school is important to the growth of Jackson County and in educating its population for the future.

“It’s not just those students graduating from high school. Ivy Tech gives adult learners an opportunity to get an education,” he said. “It might be a certificate or a two-year degree, but it gives them a foot in the door and gives them confidence to take the next step.”

Since the creation of the Jackson County Learning Center in 2010, Ivy Tech has continued to expand its reach here, offering more classes and giving residents more affordable and convenient options for postsecondary education, he added.

“It’s great that we have those opportunities here in Seymour for local students,” Beckort said.

He doesn’t expect that need to go away anytime soon.

“Ivy Tech wants to provide the needed educational experience for this region, and that need has gotten larger,” he said. “We are making sure there are classes provided here in Jackson County and all of the communities we serve.”

Other officers appointed to the board in late January were vice chairman, John Quick, superintendent of Bartholomew County Schools; and secretary, Mary Stroh, an attorney with Sharpnack Bigley Stroh and Washburn.

Occupation: Has served as an agriculture and natural resources educator for Purdue Extension for 28 years, 26 of those years in Jackson County.

New title: Chairman of the board of trustees for Ivy Tech Community College-Columbus; he has served on the board for nine years, holding the position of vice chairman for the past three years.