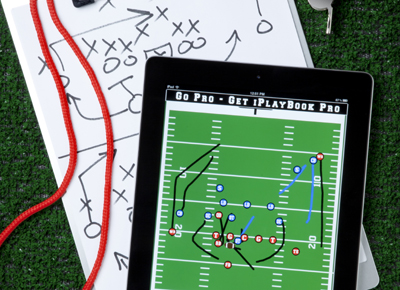 Adam Vinatieri is 42 and winding down his 19th season in the NFL.

Widely regarded as the greatest clutch kicker of all-time, he’s been to five Pro Bowls; has won four Super Bowls; has been to five, altogether; and is in the playoffs for the 15th time in his sterling career.

In light of it all, it’s logical to assume the NFL’s oldest player — and it’s most accomplished postseason kicker — doesn’t get too jazzed these days about

Except that isn’t the case

For Vinatieri, kicking in the NFL is about much more than earning a living. It’s about competing for championships.

He never gets tired of that.

“It’s a special thing,” said Vinatieri, who’s in his ninth season with the Indianapolis Colts. “I’ve known a lot of great players that have played a long time and never had an opportunity (to be in the postseason).

“You’ve got to make the best out of every single time because you never know how many you (will) get, and how long it takes to get back there.”

By virtue of laboring for two of the NFL’s most successful franchises the past two decades, New England and Indianapolis, Vinatieri has never waited long between playoff appearances. He made seven with the Patriots and is making his eighth with the Colts.

Winner of three Super Bowls in New England, including two famously won on his last-second field goals, Vinatieri was instrumental in helping the Colts win a title in 2006 — his first season with the team. In the divisional playoff that year, he accounted for all of Indy’s points in a 15-6 win at Baltimore.

In short, Vinatieri hasn’t just been to the playoffs many times, he’s made the most of virtually all trips. His list of postseason accomplishments in unmatched by any kicker in NFL history.

His playoff records include:

Most field goals in a career: 51

Most consecutive games in a single postseason with three or more field goals: 4

Most field goals in a single postseason: 14

And most field goals in a single postseason game: 5 (tied with six others)

As evidenced by all of the above, Vinatieri doesn’t wilt in the playoff moment. He thrives in it.

And after two decades in the NFL, he still craves it.

“It (playoff environment) is obviously heightened,” he said. “The excitement level is there. Everything’s faster, the crowd is louder. Everything about it is fun.

“That’s playoff football. That’s what we play for.”

One of five Colts selected for the Pro Bowl, Vinatieri has once again played a prominent role in a march to the playoffs.

In yet another sterling season, Vinatieri scored 140 points, connected on 30 of 31 field goals and led the league in accuracy at 96.8 percent. His only miss was a 46-yard attempt during last week’s 27-10 win at Tennessee. The misfire halted a streak of 35 consecutive makes — the fourth-longest in NFL history — that dated to last season.

Although the miss occurred in a meaningless game that was already well in hand for the Colts, Vinatieri lamented it not because it broke his streak, but because it spoiled a drive.

“For sure, you never want to miss. Every time you step on the field you have an opportunity to help your team win games and put points on the board,” he said. “That’s the frustrating part, that I didn’t help my team on that play.

“You can’t make them all, and all good things come to an end, I guess, at some point. I would sure like to have that one.”

But because the Colts are in the playoffs, Vinatieri will have more opportunities this season to connect, beginning with Sunday’s Wild Card game against visiting Cincinnati. Although the Colts blasted the Bengals 27-0 at Lucas Oil Stadium on Oct. 19, Vinatieri insists that decisive victory means nothing this time around.

All he knows for certain is, he can’t wait for kickoff. The playoffs never get old — not even for the league’s oldest player.

“It’s always great to be able to play at home. Home field advantage is a huge thing,” Vinatieri said. “It doesn’t guarantee anything, but knowing that our crowd will be there rowdy, loud and standing on their feet, screaming their brains out for us, it’s great. It makes it hard (on the opponent’s) offense when they have to do audibles. It helps with momentum. It helps with all that stuff.

“I expect our crowd to be as loud as ever. Let’s get it going.”