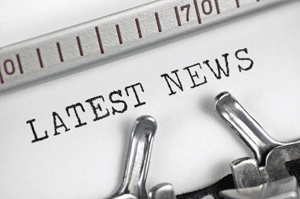 A $400,000 loan from the state will help Seymour Community School Corp. expand its technology offerings to students next school year.

School board trustees agreed to borrow the money from the Common School Loan Fund.

The money is available

to public schools for investment in technology only,

but it’s up to each corporation to decide what type of technology to purchase and who will use it.

Business manager Steve Nauman said the money will allow the district to branch out its technology through a 1:1 Technology initiative designed to give all students access to a computer and possibly eliminate traditional textbooks in the future.

“It’s really a good investment for the corporation, because it frees up money in our capital projects fund, and it doesn’t have to be charged back to parents in textbook rental fees,” he said.

The amount of the loan

is based on a corporation’s student count, minus kindergartners. That number, about 4,000 for Seymour schools,

determine how much can

“It’s a 1 percent interest rate, and it can be paid back in as little as one year or stretched out over five years,” he said.

Each year, the corporation can apply for the loan again, he added.

The money will be repaid through the district’s debt service fund, which will increase that fund’s tax rate, but by less than 1 cent per $100 of taxable property, Nauman said.

Brian Rodman, director of technology, said the money will help purchase enough Chromebook laptop computers for all students in sixth through 12th grades. Originally, it was reported that the schools were looking into purchasing tablets, but Rodman said that’s not the case.

Chromebooks are less expensive, more durable and have a longer shelf-life than most tablets, he said.

The computers will not replace textbooks completely, Rodman said, and will have different uses depending on the students’ classes.

“It will all depend on what the teacher wants to do and will be based on their needs and curriculum,” he said. “These are essentially modified laptops where we can add different applications.”

Classrooms will still have textbooks available, but the school won’t have to adopt new sets of books in the future, he added, potentially saving the corporation and parents money in textbook rental fees.

“This is giving our students an online resource at their fingertips all the time,” he said.

But it’s going to take time to get teachers trained and restyle their teaching methods to adapt to the technology, he added.

The upfront cost might be significant, but Rodman said it’s a direction the school needs to take if it wants students to have the resources and education they need to be competitive in today’s technology-driven world.

A 1:1 initiative doesn’t mean that every student will be issued their own computer to use at school and home, Rodman said, but it could.

Currently, the English department at Seymour High School uses a form of 1:1 technology, where each student uses a laptop during class. Those computers then are stored on a mobile charging cart and can be used in other classrooms.

It’s not been decided if the new Chromebooks will remain at school or if students would be allowed to take them home each night, Rodman said.

plan the technology department has been working on for the past year and a half, and the loan would go a long way in rolling it out in the fall,

Besides the loan, the district has received a $30,000 planning grant for the project, and Rodman said he plans to apply for a $100,000 digital learning grant for additional funding this year.