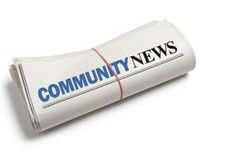 Lt. Col. John V. Moyer retired from the U.S. Air Force after 34 years of service on Sept. 17 from the 301st Fighter Wing at Carswell Field in Fort Worth, Texas, where he served as wing executive officer.

Moyer is the son of Pastor John and Eileen Moyer, who served St. Peter’s Lutheran Church in Brownstown from 1968 until 1984.

He graduated from Brownstown Central High School in 1984 and then attended Miami University in Oxford, Ohio. He earned a commission as a lieutenant in the U.S. Air Force upon graduation from college in May 1988, having earned a Bachelor of Arts in history with a minor in aeronautics.

Moyer is an academic honors graduate of the Air Force’s Squadron Officer School. He also is a graduate of Air University’s Air Command and Staff College and the U.S. Air Force Air War College. He earned a Master of Aeronautical Science degree with honors from Embry-Riddle Aeronautical University.

He received various military decorations, including seven Air Force Meritorious Service Medals and Air Force Commendation Medal, and he is an expert marksman in both rifle and handgun.

Moyer is married to Nancy Sue March Moyer from Defiance, Ohio, and they have two daughters, Jordan (Tyler) Austin and Kathryn Moyer.

He and his wife initially plan to make their home in the Fort Worth, Texas, area.