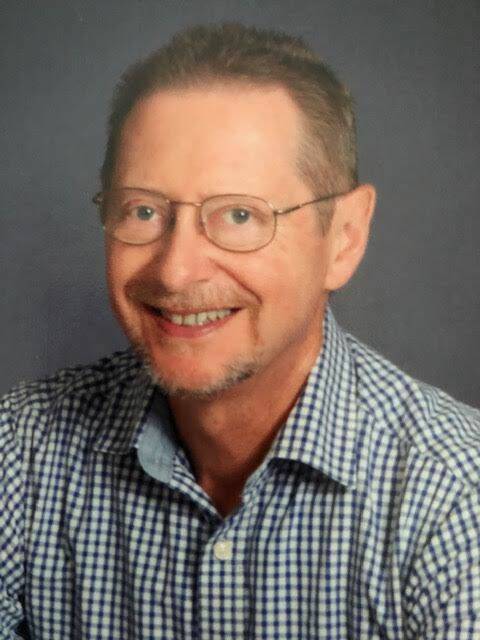 Jackson County, isn’t it about time to ring out the old and ring in the new?

You bet it is!

Two groundbreaking discoveries are ringing out the old pretty handily and are endorsed by a 97% consensus of experts, to boot.

First: Experts have determined that there are more genders than we’ve been taught. The prejudice built into traditional biology, that human beings can be divided into only male and female genders, is now known to be false. New and better understandings of peoples’ true gender experiences have allowed authorities to identify up to sixty-eight human gender categories.

Second: Experts now recognize that males and females can be interchangeable. In other words, if you are “born male” but intensely feel you are female, then experts assert that you are, in fact, female, and you would be identified as a transgender female. Of course, the same is true for those “born female.” This phenomenon is called transgenderism.

These recent discoveries have been so persuasive and important that our good and powerful leaders and finest institutions — our Democratic Party, big corporations, medical associations, big city media, our esteemed teachers’ union, to name a few — endorse them.

And here are statements and quotes from some of these well-regarded leaders and institutions, strong advocates of this wonderful new world of gender diversity (with clarifications added in parentheses):

“… A school … must allow transgender students access to … facilities consistent with their gender identity.”

(To clarify, boys who profess to be girls must be allowed to use the girls’ bathrooms and locker rooms and vice versa.)

Candidate Joe Biden in 2020, during his successful Presidential campaign, stated:

“Let’s be clear, transgender equality is the civil rights issue of our time.”

(To clarify: Boys who profess to be girls have been denied access to girls’ locker rooms, bathrooms and activities. Therefore, action must be taken to guarantee equal access because boys (likewise, girls) who think they are girls are girls.)

“I’m here as a mother of two queer children — one transgender child, and one pansexual child — and also as a [Disney] leader …

We had an open forum last week … where one of our executives stood up and said, ‘You know, we only have a handful of queer leads in our content,’ and I went, ‘What? That can’t be true.’”

(Clarification, besides perceiving her children’s true genders — neither child is of male or female gender — this Disney executive recognizes that The Disney Company must present more characters who are LGBTQIA2S+. That is, lesbian, gay, bi-sexual, transgender, questioning, intersex, asexual, two-spirit and all other genders and sexual preferences.)

President Biden’s Assistant Secretary for Health, Dr. Rachel Levine, a renowned pediatrician and father of two children, in May 2022, declared:

“Gender-affirming care for minor children [may] include the use of puberty-blockers to pause puberty; testosterone hormones for young females or estrogen for young males; and, gender-affirming surgery: “top” surgery — to create a male-typical chest shape or to enhance breasts; “bottom” surgery — surgery on genitals or reproductive organs.”

(Clarification: a boy under 18 who wants to be a girl should be prescribed drugs that pause male puberty processes and also be given drugs that promote female characteristics. Also, boys should be allowed to have breast enhancement procedures and even genital alteration surgery. Similarly, underage girls who feel they want to be boys should be provided services comparable to their gender-change desires, which could include mastectomies.)

“All Chicago Public Schools students and staff will have fair and equitable access to bathroom facilities that align with their gender identity … all restrooms are open for use by anyone who feels comfortable.”

(Clarification: if you’re a boy but identify as a girl or a male teacher who believes they’re a female, you may use that facility that matches your gender belief. Similarly for girls or female teachers who identify as males.)

At the 2022 Jeffersonville, Indiana, High School Prom, a male senior was voted Prom King. According to WAVE-TV, “[the male senior] saunter[d] out to a red carpet, dressed in a black sequined gown, blond wig, and immaculate make-up.” The racy gown was split up to the student’s hip and he/her displayed what appeared to be legs well-shaved.

(Clarification: this courageous male student was dressed in “drag,” a “drag queen,” in other words, and was crowned king of the prom, as voted by students. This 18-year-old student has learned in his school years that he is of a “non-binary” gender, which means he (sic) is “not solely male or female.”)

And, finally, Walt Disney Company announced in 2021 that “Disney Parks are removing gendered language from Park greetings in a bid to be more inclusive.”

(Clarification: Disney executives now acknowledge there are many more than two genders and have, at their parks, changed their wording to reflect this. There will certainly be no more of the “ladies and gentlemen,” or “boys and girls,” or “moms and dads” language uttered at Disney Parks.)

Accordingly, Jackson County, isn’t it now our turn to step up and unite with the good and powerful in our nation? Isn’t it time to open our hearts and minds to these essential discoveries?

You bet it is!

So, be sure to say, “Yes!” when one of our county high schools crowns its first drag queen as prom king; and, even better, when a transgender girl is selected Jackson County Fair queen, perhaps in 2023.

Alan Winslow, a resident of Seymour, occasionally writes a column for The Tribune.