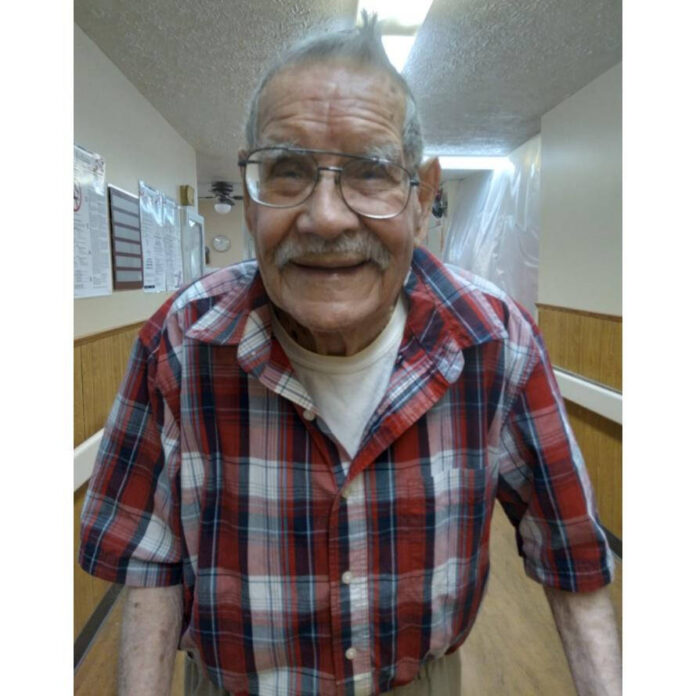 Our beloved Dewey Alexander Kirkpatrick, age 96, passed away peacefully on July 31, 2022 in Morgantown, IN. Born September 16, 1925 in Sulfur, OK, Dewey lived a life of service, from serving his indigenous heritage as a member of the Choctaw Nation of Oklahoma to serving his country in WW II to always being present with his family, such as never missing an event of his grandchildren. He loved to play golf and enjoyed playing dart ball on Monday evenings at his church, Redeemer Lutheran Church, in Seymour, IN. He also enjoyed a mean game of Uno with his wife and grandchildren. It was a competitive game – whoever hit 500 points first was the loser – and no one was faster than Dewey to call you out if you didn’t say ‘Uno’ when you only had one card left!

Prior to serving in the U.S. Army during WW II, he laid telephone cable across the Grand Canyon and hunted mountain lions for the local cattle ranchers in Arizona with his trusty K-9 companion, Wish-Wish. During WW II, he served in the Pacific Theater under General Buckner and was then stationed in Berlin, West Germany during the Berlin Airlift. While stationed in Berlin, he married Hedwig “Hedy” I. Ziebart on October 27th, 1951. After being discharged from the Army in 1953, he and Hedy moved to Seymour, IN where he went to work as a telephone installer for Indiana Bell, which is now known as Verizon. He retired in 1985.

There will be a private service for family only at Burkholder Chapel of Thorne-George Family Funeral Home, 419 N. Chestnut St., Seymour, IN on Friday, August 5, 2022 at 10:00 AM. Dewey will be laid to rest next to his wife, Hedy at Immanuel Lutheran Cemetery in Seymour.

In lieu of flowers, the family requests donations be made to Wounded Warriors, the Gary Sinise Foundation or to the Dewey Kirkpatrick Service Scholarship (https://chahtafoundation.com/scholarship/dewey-kirkpatrick-service) The scholarship was established to honor his service to the United States and his indigenous heritage as a member of the Choctaw Nation of Oklahoma. Donations can be made through the website (https://chahtafoundation.com/donate/). Select Dewey Kirkpatrick Service Scholarship under the Fund section. Please share memories and condolences at www.burkholderfuneralchapel.com.