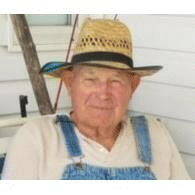 He was preceded in death by his parents; one grandson, Zakary A. Klakamp; five sisters Glenna Baldwin, Irene Montgomery, Shirley Sandefur, Nadine Bowman and Bonnie Daily; and one brother, William Bowman.

James was a U.S. Army veteran.

Jim was employed over thirty years by Reliance Electric, retiring in 1996. Earlier he was employed by Browning Brothers in Seymour working on John Deere farm equipment. He was a lifelong farmer and worked the family sawmill.

He was a member of Reddington Christian Church, where he served many years as a deacon. He was also a member of the Reddington Cemetery Board of Directors, serving as an officer.

Visitation will take place on Tuesday, July 5, from 4-7PM, at Voss &Sons Funeral Service, 316 N. Chestnut Street, Seymour. Rev. Scott Brown will officiate a funeral service at 10:30 AM, Wednesday, July 6, at the funeral home. He will be laid to rest at Reddington Cemetery.

Memorial contributions are suggested to the Reddington Cemetery Association or the Reddington Christian Church, 10516 U.S. 31, Seymour, IN 47274, or to the donor’s favorite charity. Online condolences may be shared with the family at www.vossandsonsfuneral.com.