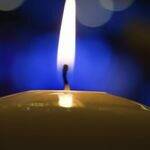 Mike was a beloved husband, father, grandfather, great grandfather, son, and friend. He was born on December 9, 1957 in Scottsburg, Indiana, the son of the late James B. Huckleberry and Gladys (Helton) Estes, who survives.

He attended Zoah Christian Church in Scottsburg, Indiana and he graduated from Scottsburg High School in 1977. Mike enjoyed woodworking, gardening, going to the beach at Jekyll Island, and his Koi pond. He also loved spending most of his time with his wife, grandchildren, and family. On December 9, 1978 he married Debra “Debbie” (Barger) Huckleberry, who survives.

He was preceded in death by his father, James Huckleberry; father-in-law, Winston Barger; and brother-in-law, Junior Barger.