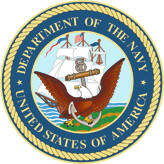 Bob was born April 12, 1927, in Jackson County to Mable Greer Clark and Amel Clark. Bob and Rose were together for 44 years. Bob was a member of Peter’s Switch Church of the Nazarene. Bob served in the US Navy aboard the U.S. Maryland from 1945-1949. He enjoyed spending time with his great grandchildren. He and Rose like to travel and attend auctions. They have met many wonderful friends through these auctions. Bob likes to work in the flower gardens around the house and enjoys the wonderful meals prepared by his wife.

Visitation will be held at Voss and Sons Funeral Service on Tuesday June 21, 2022, from 10am until the time of service at 12pm. Burial will follow at Riverview Cemetery.

The family request memorial contributions be made to Our Hospice of South-Central Indiana 2626 17th St, Columbus, IN 47201.

Online condolences may be shared with the Clark family at www.vossfuneralservice.com.