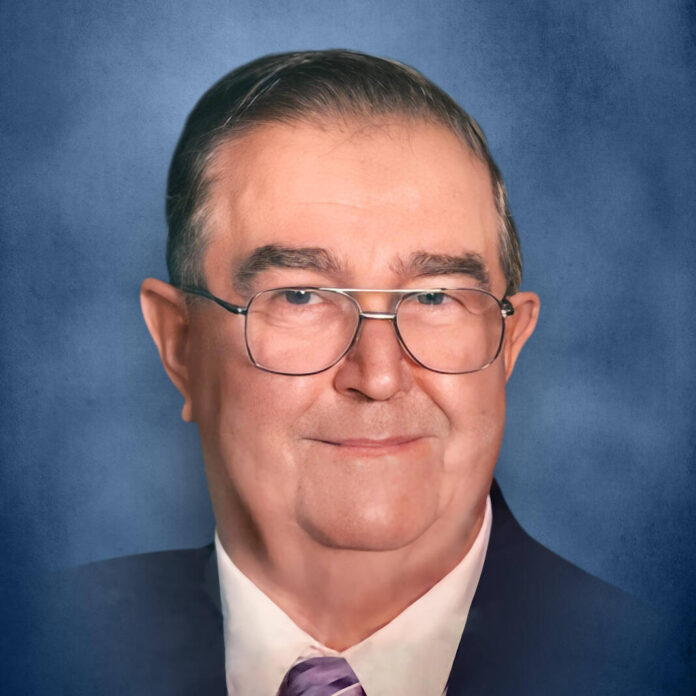 LeRoy William Miller, age 82, of Brownstown, passed away peacefully on Thursday, May 5, 2022, at his home.

LeRoy was a loving husband, father, papa, and great-grandpa, and he loved spending time with his family. He had a passion for farming and doing electrical work. LeRoy became a grain farmer, and he raised swine and cattle after beginning his farming career with his father and his uncle, Martin Nierman. LeRoy also became an electrician while working with his uncle, Butch Lambring. He later did electrical work on his own for his family, friends, and neighbors, and he worked at Goecker Construction.

LeRoy was a founding charter member of Grassy Fork Volunteer Fire Department. He served as Secretary and Chief of the department for many years, and he was also a leader of the department’s annual truck and tractor pull. He always enjoyed taking the fire department’s weight transfer sled to various truck and tractor pulls, and he also served on the Fire Board. Mr. Miller was a member of the Purebred Swine Breeders, a leader of the Wegan Cornhuskers 4-H Club for more than 50 years, and he enjoyed playing dartball.

Born on April 24, 1940, in Seymour, he was the son of Albert and Hilda Lambring Miller, both of whom preceded him in death. On June 3, 1962, at Trinity Lutheran Church, in Vallonia, he married Wilma Hackman, and she survives in Brownstown.

Interment will be at St. Paul’s Lutheran Church, Wegan Cemetery.

Memorials may be given to St. Paul Lutheran Church, Wegan, or Donor’s choice.