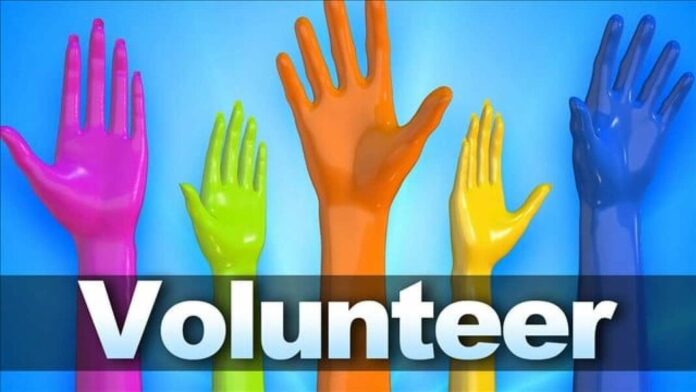 The Indiana Department of Natural Resources’ parks to-do list sounds like the same type of spring cleaning ritual associated with a homeowner.

Maybe some painting, some scrubbing, planting or taking out the trash all may be required at Starve Hollow, Brown County or Monroe Lake.

State lands could use helping hands in a wide variety of ways all of the time but are emphasizing the desire for assistance now because National Volunteer Week starts Sunday and ends April 23.

At the recent Indianapolis Sport, Boat and Travel Show, the DNR held down a booth that disseminated volunteer information and fielded inquiries. That same information is available online, and the department will respond to questions sent to [email protected] .

“We get people from all over the state, and they love to give back,” Heaston said.

Hoosiers love their parks, not merely to visit and inhale the outdoors but enough to put their sweat where their emotions are by volunteering time and effort to keep them spruced up.

In 2021, 10,581 individuals volunteered a total of 112,000 hours of work in the parks, Heaston said. Reviewing statistics dating to 2010, Heaston said the number of volunteers and time invested has been a steadily rising trend with the exception of 2020 during the worst of the COVID-19 pandemic.

Picking up litter, removing sticks from grassy areas to keep them out of the way of mowers, trail maintenance and working alongside naturalists are things people can do at any time, Heaston said.

Groups, whether they are families, Boy Scouts, Girl Scouts or civic or private organizations, volunteer to work on removing invasive species, such as garlic mustard plants, under the supervision of park rangers and employees.

Some of those invasive species gatherings are called “weed wrangles.” With garlic mustard, Heaston said, people will pull it out and put it in a garbage bag. A trained professional will spray in the area.

A popular way of volunteering, and perhaps a better-known role for Hoosiers who use campgrounds, is to become a campground host. Typically, slots around the state begin filling up in February, Heaston said, and most of those positions get filled early for the warm weather season. However, often, there are cancellations by volunteers caught off-guard by life developments and a late need arises.

“We have a few properties still looking,” Heaston said for this year, urging potential hosts to get on a waiting list.

The world was somewhat paralyzed in 2020, and that was true of the parks and their volunteers, but the swift turnaround of plenty of volunteers coming through again in 2021 demonstrated the interest is still strong.

“That was amazing,” Heaston said.

Although many retirees volunteer, the source of volunteers is widespread, Heaston said, from schools to community organizations, from people who just want to be outside to businesses who offer a paid day of work to individuals performing a service in lieu of a day in the office.

People who were introduced to the parks through their jobs find they enjoyed what they did and return for more, Heaston said.

“They say, ‘Wow! We liked that,’” she said. “They come back as true volunteers.”