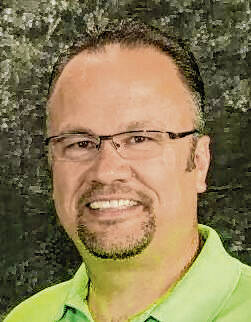 Have you ever wondered how the apostle Paul, chained up to a Roman guard, uncertain about his future, could write these words: “Do not be anxious about anything, but in everything, by prayer and petition, with thanksgiving, present your requests to God. And the peace of God, which transcends all understanding, will guard your hearts and your minds in Christ Jesus.” — Philippians 4:6-7 (NIV)

Is it even possible to be anxious for nothing? One thing is clear, anxiety is a very complicated subject that affects us all, and it is not God’s will for any of his children. There are numerous potential physiological, psychological, emotional, situational and spiritual factors that may contribute to our anxiety. We are approaching anxiety from a spiritual and a biblical perspective.

The Apostle Paul was very strategic, as he was writing from a lonely prison cell. First Century Rome was a primary hub for influence and commerce. With all traffic coming in and out of Rome, Paul knew if he could reach the Roman empire, he had the potential to reach the world. That is why his big dream was to preach the gospel in Rome.

The good news is that Paul made it to Rome. He even started preaching. But he was arrested for preaching that Jesus was the Messiah. His preaching landed him in prison. And if you know anything about the Apostle Paul, you know he was still preaching, even in prison. Through these experiences, God was teaching Paul some valuable lessons that he would go on to write about. These lessons are still impacting lives some 2,000 years later.

One of those lessons is recorded in Romans 8:28: “We know that in all things, God works for the good of those who love him, who have been called according to his purpose.”

Even though things did not go as planned in Rome, the message of Christ was still being proclaimed.

So as Paul is writing his letter to the church at Philippi, he was chained to a Roman guard while he was awaiting trial.

There was no way to be sure what would happen next. His future seemed uncertain. Paul’s release from prison was unlikely. He could remain in prison or he might be executed. Rome might be the end of the road for Paul.

It is easy to see how the soil in Paul’s life might be a fertile place for anxiety to grow. Next time, we’ll find out more about his perspective on anxiety.

Steve Greene is the lead pastor at The Point in Seymour. You may email him at [email protected] His weekly blog can be found at pastorgreene.wordpress.com. Send comments to [email protected]