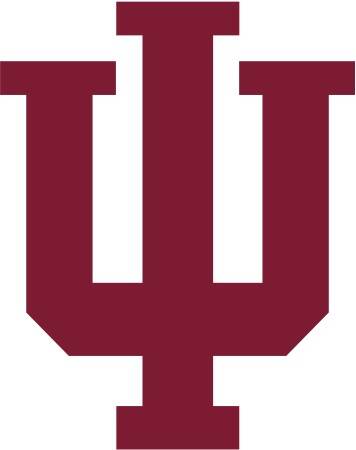 INDIANAPOLIS — This was the Great American Novel of basketball games, complete with more twists than the Mississippi River and a return to life from a pulse so low no doctor could read it.

Indiana University’s rise-up Big Ten basketball tournament comeback victory over Michigan on Thursday afternoon was a public announcement of “We’re not going to take it anymore” from a frustrated team.

Time after time this season, the Hoosiers were roughed up in the closing minutes of games, shoved around and sent home demoralized with a big, fat “L” on their record. They felt abused and bullied.

Not this time. The 74-69 triumph over the Wolverines in the Big Ten tournament quarterfinals at Gainbridge Fieldhouse was the win of the year for IU.

Or even bigger, if you listen to coach Mike Woodson.

“This is probably the biggest win for our program in a long, long time,” he said.

The win provided multiple dividends, including giving 19-12 IU new life in consideration for a berth in the NCAA tournament going into today’s matchup with 22-8 Illinois.

It also killed a nine-game losing streak to Michigan and spurred by an astonishing 28-4 run set up a resilient last stand in the final seconds.

“I feel like we learned from our mistakes in the past,” said guard Xavier Johnson, whose 17 points, eight rebounds and seven assists carried IU, along with forward Trayce Jackson-Davis (24 points). “We got a chance to prove what we learned.”

For a long time, it did not appear the Hoosiers had learned much of anything all season. Michigan, with coach Juwan Howard back after a five-game suspension for punching a Wisconsin assistant coach in the handshake line after a Feb. 20 loss, played a superb first half.

The Wolverines, who bested IU 80-62 on Jan. 23, pushed to a 41-28 lead. Hunter Dickinson, a 7-foot-1 sophomore center who destroyed the Hoosiers in the previous game, was performing more of the same and was aided by a variety of teammates.

“We were just happy to have our leader back,” Dickinson said of Howard’s return.

A return that shaped up as a happy one — for a time. Indiana was clanking shots off of the rim, including attempted dunks, not getting to the foul line, not playing crisp defense and shooting around 38%.

The second half started the same way, and with Michigan (17-14) leading 60-43 with about 11 minutes to play, the Hoosiers seemed to have less of a pulse than characters on “The Walking Dead.”

For that matter, for the first 30 minutes, the Hoosiers moved like zombies on the court. When things shifted, all Michigan could talk about was how Indiana brought more energy to the floor, as if they had just plugged into an electrical outlet after previously operating on fading batteries.

“They had more effort, more energy in the second half,” said Michigan guard Devante Jones, who scored 18 points. “We thought we had this game.”

So did everyone else.

It was a teamwide malaise early for IU, extending into the second half. What did Woodson say in the huddle? Did he threaten the players’ lives, their scholarships, threaten to call their parents?

Woodson’s roulette wheel search for which five players to match up ended up with Jackson-Davis, Johnson, Miller Kopp, Jordan Geronimo and Trey Galloway on the floor, Galloway’s first action in weeks after nursing a groin injury.

“I was searching,” Woodson said, “trying to find a combination that would change the game.”

The situation seemed hopeless, but he found the magic formula. Johnson nailed a 3-pointer to jump-start IU’s previously moribund offense, as well as scrambling in and around Michigan’s backcourt making steals and deflections.

IU strung together a 28-4 run as the Wolverines self-destructed and Jackson-Davis plucked alley-oop passes from the air and slammed through dunks and a mix of hooks and layups.

“They earned it,” Howard said of IU. “We fought hard from start to finish. We had some defensive breakdowns.”

The sea of red-dressed fans backing IU raised the decibel level in the arena as Jackson-Davis made two foul shots as the Hoosiers went ahead 63-62 with 5:39 remaining.

Michigan did not fold, regaining the lead on two Eli Brooks foul shots, 64-63. Johnson took the lead right back at 65-64, and he and Jackson-Davis split the scoring as Indiana moved up 71-64 with less than 2 minutes to go.

That has been the danger zone for IU all season, eight times losing games in overtime or near the end after leading. Brooks (17 points) hit a 3-pointer for the Wolverines to inch to within 71-69. Deja vu nightmare time for Indiana.

But that was when IU drew the line and did say no more. Johnson and Jackson-Davis made three free throws in the last 10 seconds, allowing the team a celebration.

The dramatic turnaround was illustrated in several ways. Dickinson, who devoured IU with 25 points in January, finished with 15, pushed away from the low post by stiffer defense. Michigan shot 37.9% in the second half, exactly what IU shot in the first half, while IU shot 55.6% over the last 20 minutes.

These Hoosiers will remember the Michigan triumph as the one that didn’t get away.