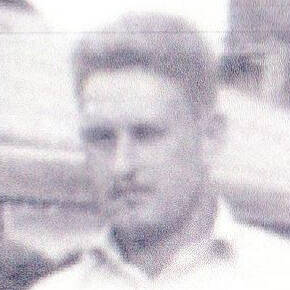 Robert Ole Shep Shepard 98, of Seymour, IN passed away on November 24, 2021, at Covered Bridge Health Campus in Seymour.

Bob was born in 1923 to the late George and Phoebe Weddell Shepard.

In February of 1952 he married the love of his life Phyllis Gilbert Shepard and she preceded him in death in 2012.

Bob was of Christian faith and bravely fought for his country in the United States Army during WWII in the Philippines. He retired from Cummins after 35 years of service.

He was a kind and gentle and man and never met a stranger but most of all he loved his family and enjoyed spending time with them.

He is survived by his two sons: Ronald (Cindy) Shepard, Ryan Shepard, Johnny Shepard, and one daughter Gail (Kevin) Imlay, and several grandchildren and great grandchildren.

Private services for Bob Shepard will be held at a later date and conducted by Johnson Funeral Home.

In lieu of flowers family requests donations be made to Dixon Chapel in care of Johnson Funeral Home.