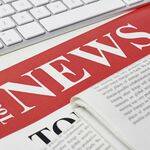 Today kicks off the 76th year of the local project that has helped ensure people in need have a way to buy food at Christmastime.

The generosity of Jackson County residents has resulted in more than $12,000 being raised through the Christmas Basket Fund each of the past few years. Last year, the total was $16,559.

The first donations to the fund — sponsored by American Legion Post 89, The Tribune and JCB —have already been received. The first was $25 from Women’s Christian Ministry Society at Reddington Christian Church and the second was $100 from Pat and Jerry Norrell in memory of their son, Billy.

Carl VonDielingen, chairman of the Christmas Basket Fund, said the committee’s goal each year is $15,000 so 300 gift cards can be handed out.

VonDielingen said he has already had a few requests for baskets, which is just a little unusual.

Donations allow for $50 JayC Food Stores gift cards to be distributed to less-fortunate people in the area whose applications are approved.

Requests for assistance begin today and will be accepted through Dec. 15. In order to receive one of the gift cards, people must live in Jackson County and submit a letter stating their need for assistance. Requests should be mailed to American Legion Basket Fund, P.O. Box 566, Seymour, IN 47274.

There is a limit of one gift card per person and one per address. Requests that list a post office box address will not be accepted.

Businesses, corporations, service groups, churches, individuals or families may donate. Donors may contribute anonymously if they choose and may dedicate their donations in memory or in honor of others.

All donations may be mailed to or dropped off at American Legion Post 89 or The Tribune in Seymour or any branch of JCB. Donors and their dedications are published daily in The Tribune.

The fund was started in 1945 by veterans returning home to Seymour and Jackson County from World War II to provide food for area families at Christmas.

Originally, the fund served those in need in Seymour, but it later was expanded to include all of Jackson County.

Even though this year is unique because of the COVID-19 pandemic, VonDielingen said the committee is determined to keep the Christmas Basket Fund going.

“You’re not doing a lot of in-person contact, so that works out well,” he said.

While he’s not sure exactly how many years he has been involved with the project, VonDielingen said he enjoys it.

“I volunteered one year and have been there ever since. That’s what retirement did for me,” he said, smiling. “It’s a lot of work for two months, and my committee is only two other people, but I enjoy just helping the people in need. It is work, but we get a lot of good community input and donations.”