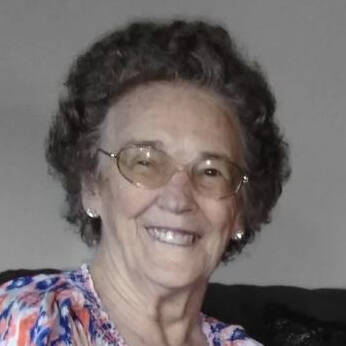 Lou Verney (Sebastian) Pearson, 92, of rural Austin, passed away at 10:33 PM on Monday, November 15, 2021, at her grandson’s home in Seymour, surrounded by her family. Lou Verney was born on Sunday, September 15, 1929, in Crockettsville, KY; the daughter of the late Ed and Hiley (nee Stamper) Sebastian. On May 12, 1951, Lou Verney married Roscoe Turner, they made their home in rural Austin, IN. Lou Verney and Roscoe then became the parents of one Son, Glenn Ray Turner, who preceded her in death on November 15, 2020. During these years Lou Verney even honed in on her gun hunting skills while Roscoe was at work and Glenn was in school. What was shot that day was served at the table that night. Roscoe preceded Lou Verney in death on September 14, 1990. After several years of being widowed, Lou, married Erman Person, of Eaton, OH. It was then at the age of 65 that Lou Verney’s world opened up to living between Ohio and Indiana with the winters spent in Deltona, FL. After 18.5 years of marriage, Erman passed away on May 5, 2013. Then Lou Verney returned to Indiana and took up residence with her grandson John. During these years she had a devoted caregiver in Patrick Jones, which she always appreciated as her personal stylist and fashion coordinator. Lou grew to love him as one of her own. Lou Verney was a member of First Baptist Church of Austin, IN, having become a Christian at her baptism in a creek in Kentucky as a child. Lou Verney also enjoyed membership in the 107 Club at Seymour Senior Citizens. She enjoyed working puzzles and framing her favorites which were cycled on and off the walls. The thrill of yelling bingo and the anticipation of what lay under the scratch off lotto tickets were also sources of great enjoyment for Lou Verney. Lou loved her home and hearth throughout her life, she cared for a large garden, canning and freezing most of her produce. Lou Verney for many years sewed her own clothes and was quite an embroideress. In her pastimes these last few years, she loved going on shopping adventures and hunting for the best bargains whether it be at a yard sale, Goodwill, or a thrift store. She was known for her tasty green beans, cornbread, and chicken &dumplings. All through life she encouraged others with her faith, kindness, and gentle spirit. Later in life, she took the opportunity to experience new things ? even piercing her ears at 88 with encouragement from her great-granddaughter, Quinn. Survivors include 1 grandson, John Brian Turner of Seymour, IN, and 1 granddaughter, Ana-Licia Kay Allen (Nathaniel) of Cleveland, OH; Patrick Jones of Seymour, IN. 1 stepdaughter, Phyllis Moore of Carlisle, OH, 1 stepson, Doyle (Fern) Pearson of Germantown, OH, 2 great-grandchildren, Quinn and Noah Allen, 6 step-grandchildren, Ryan (Sara) Moore, Marie Hazelett, Michael Hazelett, Curtis (Holly) Pearson, Clinton (Katie) Pearson, Christopher Arevalos, and numerous step-great-grandchildren, 1 sister, Martha (Charles) Bingham of Chicago, IL, 1 brother, Ed (Jean) Sebastian of Crothersville, IN, her furry companion, Patches as well as many friends. She was preceded in death by her only child, Glenn Ray Turner on November 15, 2020, and his wife Kathy on March 28, 2019; twin grandsons, Donald and Bradley; brothers: Letcher, Jerry, Decorsey, and Jack Sebastian, and a sister Kathleen Begley. Funeral services will be at 6:00 PM on Friday, November 19, 2021, at Adams Family Funeral Homes &Crematory in Scottsburg. Visitation will be from 3:00 PM until 6:00 PM at Adams Family Funeral Homes &Crematory in Scottsburg. Graveside services will be at 11:00 AM on Saturday, November 20, 2021, at Little York Cemetery. Memorial donations may be given to Schneck Hospice c/o Adams Family Funeral Home &Crematory, 138 Westavia Blvd., Scottsburg, IN 47170 Log onto www.adamsfuneralhomeonline.com for online condolences and to view a memorial video.