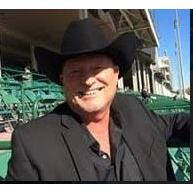 Gary Lee Gilbert, 68, of Bradenton, FL, passed away on November 9, 2021 with his family by his side. Gary was born in Jeffersonville, IN to the late William G. and Mary Lee Gilbert.

Gary spent his childhood in New Albany, IN and part of his adult life in Seymour, IN and Zionsville, IN, before retiring and moving to Florida.

Gary began his teaching career at Emerson Elementary in Seymour, IN in 1975, where he progressed from the position of teacher to Principal over the course of 23 years, before taking the Superintendent position at Clinton Central Schools in 1998. From there, he began his tenure at MSD Pike Township Schools in 2005, where he remained until he retired as the assistant superintendent in 2017.

Gary’s passion for education came from his father, who Gary considered to be his hero and a drive to be like him. Gary was a family man. He enjoyed playing cards and watching sports with his sons, specifically the Indiana Hoosiers, Cleveland Browns, New York Yankees and Boston Celtics.

Gary relished his time in the sun down in Florida and since retiring and moving to Florida, he spent his days at the beach, listening to music, singing, reading and spending time with his family.

Gary is survived by his loving spouse, Lisa Gilbert; his two children, Matt Gilbert (Courtney) of Seymour, IN and Kyle Gilbert (Hayley) of Indianapolis, IN; he also leaves behind a brother, William G. “Bill” Gilbert, Jr. (Sandy) of New Albany, IN; sister, Ann Riddle of New Albany, IN; four grandchildren, Paisley, Jayleigh, Blakely and Wrenly Gilbert and his step-children, Jennifer Long of Norman, OK and Ryan and Andrew Long of Asheville, NC.

To send a message of condolence to the family or share a cherished memory, please visit: www.brownandsonsfuneral.com.