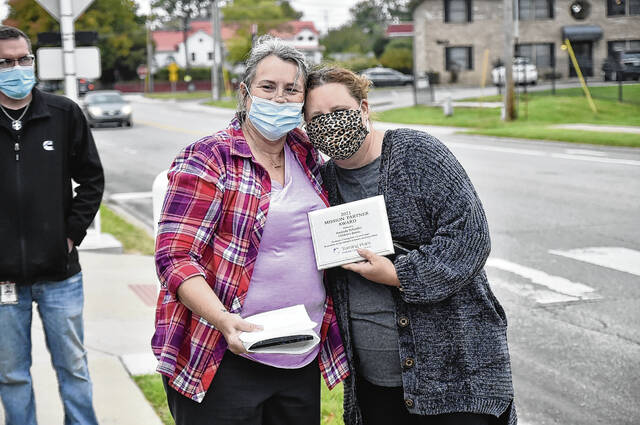 Thumbs up to everyone who participated in the Clothesline Project on Oct. 15 outside the Cummins Seymour Engine Plant on East Fourth Street Road in Seymour. The annual event is designed to bring awareness to domestic violence, which has risen substantially since the COVID-19 pandemic started in March 2020. From July 1, 2020, to June 30 of this year, there were 98 victims of domestic violence in the state compared to 2019 when there were 57 victims. Turning Point Domestic Violence Services organizes the event each year, and Cummins has participated the past eight years. Teens for Change, a dating violence awareness and prevention council, also participated by decorating 12 shirts for this year’s project. A related thumbs up to the winners of three awards given to people supporting Turning Point in Jackson County. The winners were Zach Spicer, Community Impact award; Malaine Lampkin, Teen Volunteer of the Year; and Amanda Schrader, Mission Partner of the Year.