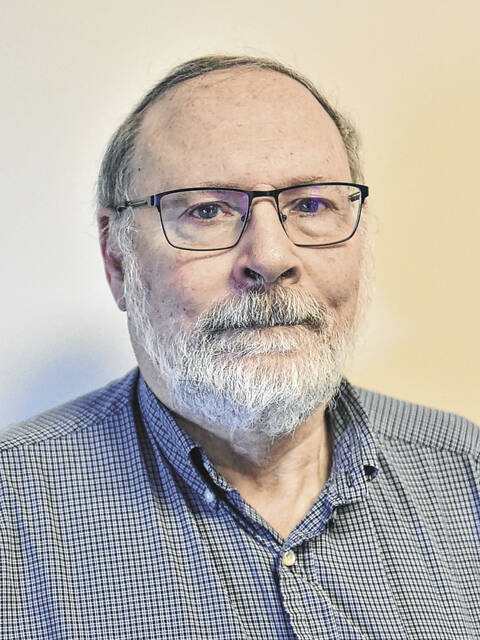 But it is Allen’s job responsibility to re-watch and dissect his team’s 54-7 Big Ten loss to Ohio State at a sold-out Memorial Stadium. Explaining in any more detail what he saw as his squad dipped to 2-5 on the year might not require more than he said post-game.

“It was ugly, especially the second quarter.” Allen said. “I expected us to play better.”

That was a judgment call, but the empirical evidence was overwhelming if you were a Hoosier rooter. The combination of the fifth-ranked Buckeyes’ dominance and an unwelcome rain cleared the seating area faster than a fire drill.

Before the rematch of last season’s thriller, albeit with the same result since IU has not defeated Ohio State since 1988, not even diehard Hoosier fans could have named the team’s fourth-string quarterback, never mind imagined they would see Grant Gremel actually play.

IU won the pre-game coin toss and that was the last time the Hoosiers were ahead. The powerful Buckeyes scored with breath-taking ease and speed, starting with a game-opening 75 yards that ate up five minutes. A second 75-yard drive took just 1:33. A third score used up just 2:43 of clock and another a mere 1:34. Then to demonstrate they had been playing in slow motion, the Buckeyes, now 6-1, took just 29 seconds to gain another touchdown.

“It looked like they were having fun out there,” Ohio State coach Ryan Day said of his team. Only Ohio voters did on this night.

It would have been one thing if the swift TD’s followed IU turnovers, but that wasn’t the culprit. Ohio State chewed up the previously touted Indiana defense with a hyper-efficient offense guided by freshman C.J. Stroud, who threw four touchdown passes, and running back TreVeyon Henderson, who rushed for 81 elusive yards and scored twice.

Occasionally, Ohio State benefited from field position as a by-product of punter James Evans’ short kicks, though the freshman did boom some long ones later. A couple in the 30-yard-plus range aided and abetted the Buckeyes’ juggernaut to the point where Allen gave backup Jared Smolar a couple of shots.

IU did give Ohio State a safety for two points on a bad snap on a punt as part of the Buckeyes’ 30-point second quarter that sent the teams into halftime leading 44-7. Indiana played a similarly horrible first half last year, then rallied to near-victory in the second half.

This time IU made its only noise on a sweet, 75-yard, first-quarter drive that culminated in a 7-yard touchdown catch by tight end Peyton Hendershot, who made five grabs to give him the school record for most by a tight end. That seemed to be a huge recovery drive at the time, tying the game 7-7.

But then Ohio State squashed the Hoosiers, including having its way with a proud defense. Indiana had just one touchdown in three Big Ten games prior to this one and did not improve its average much.

“We didn’t get the pressure we needed,” said IU linebacker Micah McFadden of how Stroud had enough time to stand around in the pocket doing math problems in his head. “They did a good job picking up our blitzes.”

Life for IU quarterbacks is a bit more complicated. After opening the season with star Michael Penix Jr. returning from last season’s injury, he got hurt again. Back-up Jack Tuttle threw the TD to Hendershot, then left with his own injury, apparently to his foot and awaits an MRI.

Freshman Donaven McCulley received his first extended playing time, though primarily for running plays, with quadruple back-up Gremel making some throwing cameos. Indiana’s normal fourth string heading into the season was sophomore Dexter Williams, but he tore his ACL before the season started.

The looseness of the NCAA transfer policy has been ridiculed, but IU cannot find a new face on the waiver wire and suit him up by Saturday’s Maryland game like some NFL team could.

A season once bursting with promise has now produced five losses to nationally ranked teams and no clear healthy candidate to star quarterback.

“We’ve got to go on to the next game,” McFadden said of digesting the Ohio State thumping. “We can’t dwell on it. But we’re better than that.”