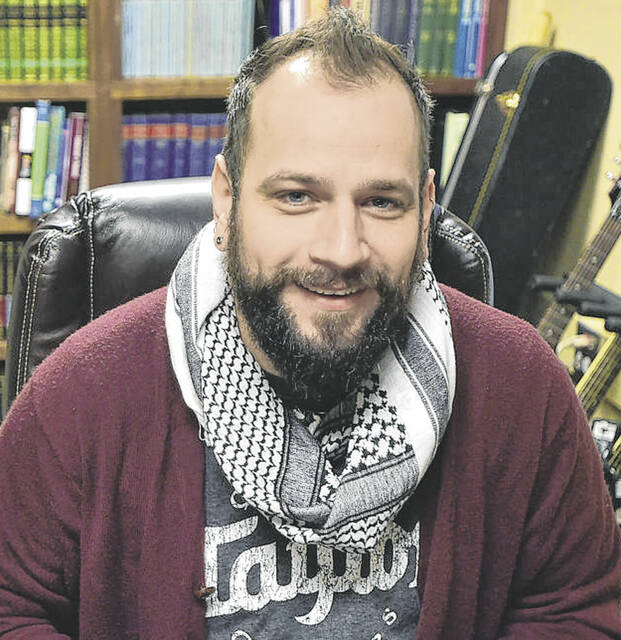 When you think of spectator sports, cross-country isn’t generally the first event that comes to mind.

Most of us default to one of the big two of football and basketball. I mean no disrespect to other athletic events or those who participate in them, but football and basketball are the two events at which the band plays (marching or pep, respectively), cheerleaders cheer and specific sections are reserved for cheer blocks.

They also tend to be the events which the community at large is most likely to attend, even if they don’t have a child participating.

As a cross-country parent, I hold no ill feelings. I understand. Who doesn’t enjoy kicking back in their Walmart special stadium seat with a Coke in one hand, a piece of pizza in the other and a packet of Skittles and/or Peanut M and M’s in your pocket for later? Few things strike me as more American. None of these are viable options at a cross-country race.

I recently saw a video on TikTok that accurately described the difficulty of supporting cross-country runners. In the video, a cross-country mother warns, “Does anyone else’s kid run cross-country? Because I can tell you, I wasn’t prepared for this. This is a parent participation sport. You yourself also have to be able to run a 5K. The starting gun went off and it was like a pack of gazelles running from a lion, the way the parents looked.” She’s not wrong.

Cross-country spectators don’t get a comfy seat. Rather, they have to survey the course prerace in order to strategically choose their own course within the course so they might see the runners the most amount of times possible without overextending their personal abilities. Being a spectator at a cross-country race requires both intellectual and physical effort and is not for the faint of heart.

My son, J.J., ran cross-country throughout middle school and is now completing his first year running for the high school. Let me tell you, Seymour produces a different breed of spectator. Without a doubt, our parents, grandparents and family friends are the most devoted and active fans on any given course. Week after week, rain or shine, in the heat or the cold, a host of people in purple descend upon the cross-country course.

We are the only team that brings a traveling cheer block with us to every race. You can tell when a runner from Seymour is nearing your location as the clang of cowbells crescendos along with the chants of “Let’s go Owls.”

And these Seymour cross-country crazies don’t just cheer for their own runners. No, they cheer for the entire team by name. Not only that, but it’s hard to tell at times whether a fan has a boy or girl running in a given race because everybody cheers with equal gusto for all Seymour runners in both races. It is an amazing demonstration of gracious and compassionate community in action and selfless sacrifice for the encouragement of others.

In Hebrews 12:1, it speaks of a great cloud of witnesses that lines the way as we run the race of life. It hearkens back to the preceding chapter, Hebrews 11, which is often referred to as “the Hall of Faith.” It lays out a number of heroes from the Old Testament but also makes mention of men and women who had faithfully sacrificed for the sake of the Gospel in the present.

As I consider the crowd of crazies that chases the Owls cross-country team, I can’t help but think of these passages. I think it paints the picture the author of Hebrews has in mind. I’m reminded that sometimes, the only way to encourage those who are doing something difficult is to, at least in part, join them in it.

Life, much like cross-country, requires a level of participation in order to offer meaningful encouragement to those who are doing it.

I think it is impossible to overstate the importance of having such a crowd of encouragers as we attempt to do the difficult things in life.

I wonder what impact we would have on our children and on our community at large if we adopted the same determined and dedicated mindset in encouraging our kids and each other in other more meaningful endeavors.

What if we sought to be a great crowd of crazies cheering our kids on in their academic efforts, in their interpersonal relationships, in their spiritual development?

As we’ve seen early and often lately, life is extremely hard sometimes. We could all use someone with a cowbell calling us by name, encouraging us to do and be all we can and maybe even pushing us beyond what we thought possible.

The Rev. Jeremy Myers is the lead pastor of First Baptist Church in Seymour. Read his blog at jeremysmyers.com. Send comments to [email protected]