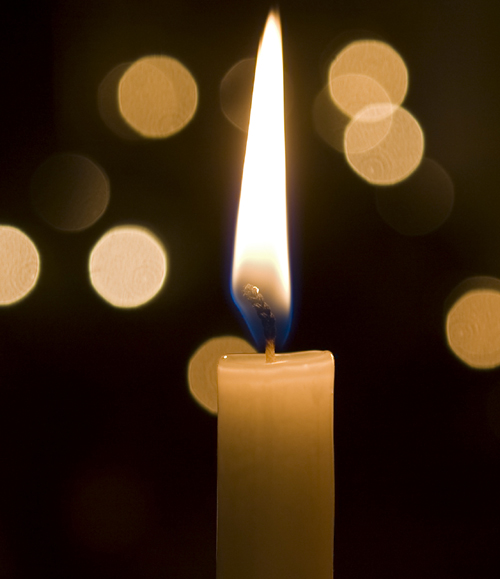 She was preceded in death by her husband, Charles; four brothers; two sisters; and one grandchild.

The funeral for Mrs. Brewer will be at 1 p.m. Tuesday at Dove-Sharp & Rudicel Funeral Home and Cremation Services with Rev. Delbert Riddle officiating. Visitation will be from 10 a.m. to 1 p.m. Tuesday. Burial will be at Cave Springs Cemetery in Jennings County.

Memorials may be made through the funeral home for expenses.

Irvin Leo French, 79, of North Vernon, passed away at 1:04 a.m. Saturday, Jan. 21, 2017, at Our Hospice of South Central Indiana Inpatient Facility in Columbus.

Born Feb. 27, 1937, in Seymour, he was the son of Lawrence Jesse and Martha Elsner French, both of whom preceded him in death. On Feb. 6, 1960, in Immenhausen, Germany, he married Ingrid Assmann, who survives.

Mr. French was a 1955 graduate of Seymour High School, a 1964 graduate of Franklin College and earned his master’s degree from Indiana University in 1966. He served in the U.S. Army Security Agency from 1957-1960. Mr. French was an entrepreneur and former owner of Onsite Energy in New York and Onspot of North America in North Vernon. Mr. French also worked for Cummins Engine Co. in Columbus and was the owner of Cummins Metro Power in Bronx, New York, from 1972-91. He was a member of St. Joseph Catholic Church at Four Corners and the Knights of Columbus Council 10422 at St. Joseph Church. His hobbies were fishing and playing golf.

Besides his parents, he was preceded in death by a daughter, Margot French.

The funeral service will be at 10 a.m. Wednesday at St. Joseph Catholic Church at Four Corners with the Rev. Jerry Byrd and the Rev. C. Ryan McCarthy officiating and Deacon Larry French assisting. Burial will be in the church cemetery.

Visitation will be from 4 to 7 p.m. Tuesday at Dove-Sharp & Rudicel Funeral Home and Cremation Services.

Memorials may be made to Our Hospice of Jennings County.

Messages of condolence to the family may be made at dovesharprudicel.com.

After graduating from Shields High School, Class of 1954, Pat enlisted in the U.S. Navy, where he served during the Korean War. After serving in the military, Pat went to work with his father-in-law, as they opened Pat’s Barbershop on O’Brien Street in Seymour. After 20 years as a barber, he changed careers and went into the insurance business and retired after 28 years with Allstate Insurance Co.

He was a member of St. Ambrose Catholic Church, Knights of Columbus and American Legion Post 89, all of Seymour.

Besides his parents, he was preceded in death by a brother, Joseph Schrink.

The funeral mass will be at 10 a.m. Wednesday at St. Ambrose Catholic Church with Father Dan Staublin officiating, assisted by Deacon Mike East. A military flag presentation will follow the service.

Burial will be at a later date at St. Ambrose Catholic Cemetery.

Visitation will be from 4 to 8 p.m. Tuesday and from 9 a.m. until time of Mass on Wednesday.

Memorials may be made to St. Ambrose Catholic Church or St. Jude Children’s Research Hospital.

She was preceded in death by her husband, David Spaulding.

The funeral service will be at 11 a.m. Thursday at Dove-Sharp & Rudicel Funeral Home and Cremation Services. Burial will be at Vernon Cemetery.

Visitation will be from 4 to 8 p.m. Wednesday and from 10 a.m. until time of service Thursday.

Memorials may be made for funeral expenses.

Judy Kay Horstman Stutsman, 68, of Sellersburg died Wednesday, Jan. 18, 2017, at her daughter’s home with her family by her side.

A memorial service will be at 6 p.m. Tuesday at Newcomer Funeral Home in New Albany.

Visitation will be from 3 p.m. until time of service Tuesday.

Memorials may be made to the James Graham Brown Cancer Center in Louisville, Kentucky.

Born Jan. 26, 1935, in Russell Springs, Kentucky, she was the daughter of Arvis and Eva Patterson Bennett, both of whom preceded her in death. In 1958, in Jeffersonville, she married Thomas R. Williams, who survives.

She was a member of Seymour First Baptist Church and the owner/operator of Fashion Tress Beauty Salon of Seymour for more than 40 years.

Louella was known by her friends and the community as Snowy Williams. She enjoyed quilting, knitting and traveling.

The funeral service will be at 11 a.m. Tuesday at Voss Chapel with Pastor Jay Bennett officiating.

Visitation will be from 4 to 8 p.m. today and from 10 a.m. until time of service Tuesday.

Memorials may be made to the Alzheimer Research Foundation or the Humane Society of Jackson County.

He was preceded in death by his father, Glen Wilson.

The funeral service will be at 1 p.m. today at Sawyer-Pickett Funeral & Cremation Service with the Rev. Jamie Jessie officiating. Burial will be in Scipio Cemetery.

Visitation will be from 10 a.m. until time of service today. Burial will be in Scipio Cemetery.

Memorials may be made to the American Heart Association.

A free death notice contains basic information, including the time and place of death, details about visitation and services, memorial contributions and survivors.

The deadline for submitting obituaries to The Tribune is 2:30 p.m. Mondays through Fridays and 1 p.m. Sundays.