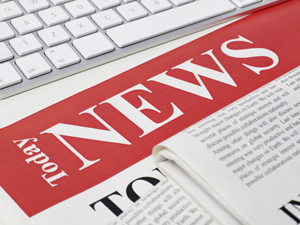 It can start with just taking care of your neighbor.

“We can take care of the person close to us or next to us and just start with that person,” Brittany Drawbaugh, manager of adult and family services at Centerstone in Seymour, said. “If you notice that things aren’t OK, ask how you can help.”

As Mental Health Awareness Month continues, it’s reported that each year, millions of Americans face mental illness and more than 51 million people experienced mental illness in 2019, according to centerstone.org.

Anxiety disorders are the most common mental illness in the United States, affecting more than 19% of the adult population each year.

“Data show that nearly one in five adults will experience a mental health problem,” Drawbaugh said. “However, in November of 2020, the CDC reported that 44% of Americans were dealing with either depression or anxiety due to the impact COVID has had on their lives.”

Kathy Christoff, director of adult services for Centerstone in central and eastern Indiana, said for the people who historically had mental health issues, those issues became exacerbated over time and intensified as the isolation was really challenging.

“If someone has depression, there are signs if you look closely enough,” Drawbaugh said. “Typically they can be more irritable, take less care of their hygiene and they might seem lethargic and seem down.”

“They might complain of a lot of aches and pains,” Christoff said. “There are commercials that say ‘depression hurts,’ and that’s a real thing. Our bodies will physically hurt sometimes with depression.”

Drawbaugh said someone is exhibiting one or more of those symptoms, ask the person directly “Is there something bothering you that you’d like to talk about?” and then really listen to the answer.

“You could even specifically ask if the person is thinking about committing suicide,” she said. “It’s a myth that just asking that question could lead the person to suicide.”

Drawbaugh said communities can come together to help prevent suicide in various ways.

“Schools utilizing school counselors is something great they can do, and businesses offering Employee Assistance Programs, which includes free therapy sessions, can encourage overall employee wellness,” she said.

Organizations also can organize a community walk or run for mental health awareness just to get the word out and make information available.

Christoff said a number of communities had the suicide awareness walks annually prior to the pandemic.

“Not every community had those. It just depended on what they needed to focus on the most,” she said. “Madison had a number of suicides, so they had a walk for that, and Scott County has been busy with drug and alcohol issues.”

Christoff said since there are limited resources, every community has to figure out what its focus is.

“The beauty of those kinds of events goes back to what Brittany said and it’s the awareness that’s destigmatizing,” she said. “Right now, coming out of the pandemic, there’s no more perfect time to talk about depression and anxiety with friends and family.”

During the pandemic, just about everyone has experienced some anxiety.

“Now, people are wondering what will be expected of them as things are beginning to open back up and they’re going back out into the world again,” Christoff said.

She said if you are feeling depressed or anxious, do some things to help take care of yourself.

“Get up and move, take a walk or even try some light exercising,” she said. “Do something that brings you joy or you enjoy doing to get you up and moving.”

A lot of times when someone is depressed, getting up and moving is the hardest thing to do.

“Get back into some patterns that make you feel good and try to eat healthy,” Christoff said. “Also, talking to a friend, your family doctor or a mental health provider can help.”

Drawbaugh said people who are feeling depressed and have a lack of motivation can try making a list of things they used to enjoy doing, then try something off of the list.

“Baby blues last about two weeks. Up to 80% of women experience this as their body adjusts after giving birth,” Drawbaugh said. “Baby blues symptoms include tearfulness, worry, moodiness, fatigue and irritability.”

She said postpartum depression symptoms are the same as regular depression but also worry about harming your baby, feeling disconnected from your baby, crying spells and feeling guilty about not being a good mom.

According to a 2010 study, approximately 4% of fathers can experience depression in the first year after their child’s birth.

Mental Health America’s website states Indiana ranks 48th in the nation for adult prevalence of mental illness and 18th for percentage of adults (7.39% or 371,000) with substance use disorder.